Learn more about the Amazon and the Juma Lodge: a jungle hotel 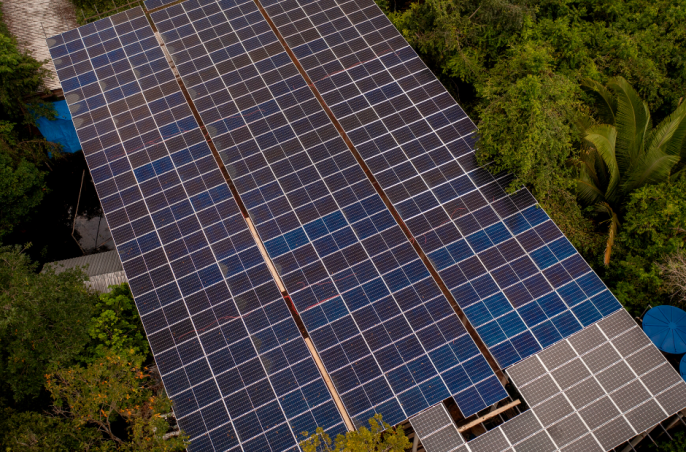 In addition to collaborating with the preservation of the environment, the project results in fuel savings of R$ 45 thousand a month

Between 2019 and 2021, Brazil lost 42 thousand km² of native vegetation – the equivalent of virtually the whole state of Rio de Janeiro. This figure is part of the Annual Report on Deforestation in Brazil, which is produced by MapBiomas, and shows that the Amazon region remains the most affected one.

According to the survey, in 2021 alone 977,000 hectares of the world&#39;s largest tropical forest was destroyed. This means that about
18 trees were cut down every second.

Figures like these reinforce the urgency of adopting solutions to preserve the fauna and flora of the Amazon region, which is experiencing one of the most delicate moments in its entire history. In this context, the Juma Amazon Lodge, a jungle hotel in the municipality of Autazes, 100 kilometers from the city of Manaus, in the State of Amazonas, invested R$ 2 million in order to become 100% sustainable.

The hotel invested in the construction of a solar plant with 268 double-panels (Tsun-550w model), generating 145,000 watts of power. All the boards were carefully positioned in a huge 11-meter high, 875 m² structure. In this way, it is possible to make even better use of the sunlight and avoid any need to prune the trees. With a Niagara model inverter and more than a hundred Moura batteries, this combination allows the hotel to totally eliminate the use of a generator – which is only available for backup (beforehand the generator was used in addition to the previous solar power system, which was a smaller one). This process has resulted in a huge cut in fuel costs, which can save the hotel roughly R$45,000 a month.

It is worth stressing that the Juma Amazon Lodge also promotes other initiatives in order to integrate itself into the forest in a sustainable way, always respecting nature. For example, in early 2022, the complex built a biogas system that increases the efficiency of organic waste treatment and reduces annual carbon emissions by as much as eight tons.

Know more about other sustainable actions.

Our Reservation Center can help you with more information and values, contact us at the number (11) 95783-9254 (WhatsApp available) or email reservas.lodge@jumahoteis.com.br